From comedy to romance and action to thriller, Bollywood has created some of the larger-than-life films that entertain us every day. And with the summer season on the way, you would want to stay in and watch Bollywood films than stepping out in the glaring sunlight and hot weather. Add these Bollywood blockbusters to your watch-list for this summer.

One of the most-talked ill-fated love stories in Indian history, Bajirao Mastani full movie portrays the love triangle of Peshwa Bajirao (Ranveer Singh) who falls for the daughter of a Rajput king Mastani (Deepika Padukone despite being married to Kashibai (Priyanka Chopra). With the extra-ordinary performances and larger-than-life sets and royal customs, this movie will take you down the royal lane of Indian history. 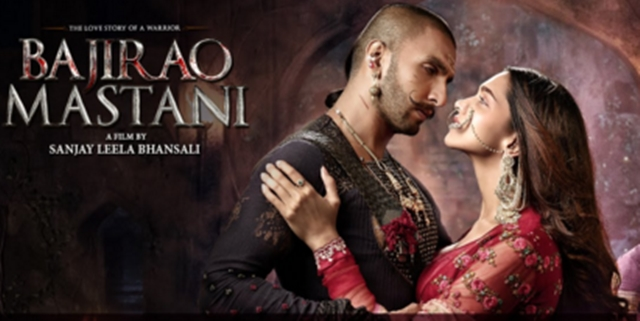 Marked as one of the epic films of Bollywood, Mughal E Azam movie is another heart-breaking story of cross-star lovers in the late sixteenth century. Prince Saleem, Mughal Emperor Akbar’s son, falls for a dancer and courtesan Anarkali. The film has set a milestone in Bollywood history with the great performances from Dilip Kumar, Madhubala, and Prithviraj Kapoor along with the iconic music, majestic sets, and huge battle scenes.

Maachis movie is renowned among the movie buffs for its authenticity. The story that sheds light on the Indian political situations in 90’s the little details like Jaswant (Raj Zutshi), and Kripal (Chandrachur Singh) playing hockey and munching fresh carrots made the characters and the film more realistic. Of course, we can’t miss out on one of the most amazing facets of the movie – its music by Vishal Bhardwaj. The songs, especially Chappa chappa charkha chale are still quite famous among the youngsters and music lovers.

If you like action movies, you’ll get plenty from Arjun Kapoor in Tevar movie. Pintu (Arjun Kapoor) is a layabout, but a clean-hearted boy living in Agra falls in love with Radhika (Sonakshi Sinha) and decides to protect her from Gajender (Manoj Bajpayee) a local politician and his goons. This old-age love triangle is full of action with light-hearted moments in between that’ll keep you entertained till the end.

Salman Khan’s fans or not, we have to admit Tere Naam movie was among the most amazing performances from the actor. The film released in 2003, directed by Satish Kaushik, won seven awards, with the role of Radhe Mohan that both critics and fans praised equally.

Grab a bag of popcorn and get your laptop or TV to set up for this Bollywood blockbuster marathons on hot summer days.